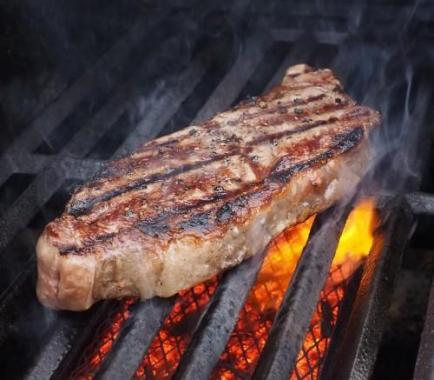 Red meat has a place in a nutritious diet — as long as you eat it in moderation.

When it comes to important nutrients, lean meat ticks a lot of boxes: it’s high in protein, zinc, iron and B vitamins. But it’s hard to ignore the research linking high meat consumption to diseases such as bowel, pancreatic and breast cancers.

These studies suggest meat causes cancer, but they do indicate something’s going on. It may be that big meat eaters eat less fruit and veg, for instance. Another theory is that preservatives called nitrates, found in processed meats such as salami, ham and bacon, produce cancer-causing compound in the gut. While we wait for science to figure it out, there are ways to maximise the health benefits of meat and minimise any associated risks.

Here are some ideas on how to have your protein and good health too.

AMOUNT COUNTS
Around 65-100g of cooked red meat, three or four times a week, is the guideline from the National Health and Medical Research Council’s Dietary Guidelines for Australian Adults. One serve is about half a cup of mince, two small chops or two slices of roast lamb or beef, each a little smaller than a slice of bread. An alternative to a serve of cooked red meat is 65-100g of chicken or 80-120g of fish.

TAKE A CUT
Always choose the leanest meat - it’s pricier, but contains far less saturated fat than cheaper cuts or sausages. Think twice about processed meats too. High consumption of these is strongly linked to bowel cancer, and the Cancer Council recommends you limit or avoid these meats altogether.

HOT OFF THE GRILL
According to researchers from the from the Food Safety Consortium project, using antioxidant-rich herbs such as basil, mint, thyme and rosemary when you barbecue can help reduce the production of toxic chemicals called heterocyclic amines (HCAs), which are formed when meat is cooked at high temperatures. These chemicals are another suspect in the meat-cancer link.

Charred meat contains high concentrations of HCAs, according to the American Institute for Cancer Research; marinades made from olive oil, citrus juice or vinegar can help prevent charring. The same institute suggests another good reason lean cuts are better for the barbecue: fat dripping on the barbecue generates smoke, which can dump carcinogen compounds on food.

MAGIC BEANS
Red meat, fish and poultry aren’t the only sources of protein - it’s also found in beans, lentils, tofu and nuts. These plant proteins make great meals by themselves - think dhal or minestrone - but you can also use them to replace some of the meat in dishes such as bolognaise, chilli con carne and shepherd’s pie, at the same time adding valuable fiber to your diet and saving money too.

ECO HEALTH
Eating more vegetables and less meat would have real benefits for human health as well as for the planet, according to a recent report. Besides lowering our saturated fat intake, and thus reducing our risk of heart disease, the report says eating less meat would lower greenhouse-gas emissions created by farming livestock.