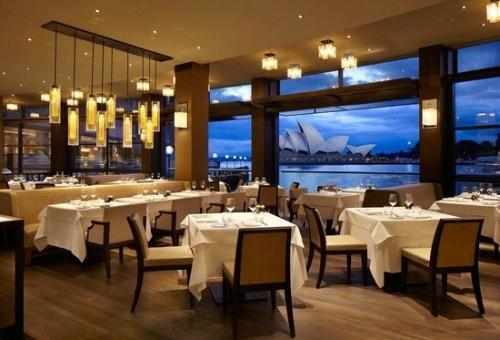 Dining Out in Australia – Tipping Etiquette According to Insiders

Tipping in Australia is not required and is just a nice add-on, according to various sources such as The Guardian, News.com.au and CNBC.

Unlike, say, in the U.S. where restaurant patrons are expected to add at least 15 percent to 20 percent to the total bill as tip for the servers, in Australia, there is no hard and fast rules for tipping in restaurants. Many say this is because tipping is seen as uncalled for, given how minimum wage in the country and in particular in the hospitality industry boasts as one of the highest (if not already the highest) in the world.

Tipping is still alive
Still, the culture of tipping is not dead. And if you feel moved to do it perhaps because of a great service or experience you have received, you are welcome to do so. Servers say that tourists are the ones who often leave some bills on the table, while high-end restaurants and dining venues also report that a majority of their customers generously tip after a great evening.

In casual cafes or pubs, you may see many people tell the cashier to keep the change and those extra dollars at the end of the night are usually collated and distributed to the team, or depending on their system. Meanwhile, a few establishments put tip jars on tables or payment counters but there are heavily frowned upon, if not seen as greedy.

Not an obligation
Whatever your reason for tipping – maybe out of habit, perhaps because you think the staff deserves it, or it’s just your way of expressing thanks and appreciation for a job well done – experts say don’t do it out of obligation. In other countries, tipping is necessary because it’s a way – sometimes the only way – to supplement the pitiful wages given to waiters, hosts, and other employees of dining establishments. But in Australia, tipping is just the cherry on top of decent wages and dignified work.

When not to tip
As per The Guardian, you don’t need to tip when you’re just ordering for takeaway, but of course you might feel compelled to do so if you received a little bit extra value, such as the waiter going out of his way to come up with a “magnificent” way to bag the food. Should you find “gratuity” added to your bill at the end of the night, you may choose to ignore it and just pay the total actual amount you have consumed. And if you ever encountered rude or bad service? Then it’s definitely a no.

Check out our restaurant listings and enjoy the best of Australia’s cuisine today.

#Dining Out in Australia
#Tipping Etiquette According to Insiders
#Dining
#Dinner