Whilst cars, trucks and other vehicles are incredible advantageous for our day to day lives, offering a means to quickly and effectively travel within our immediate communities and beyond, there is no denying that when things go wrong, they can go very wrong. Indeed, traffic accidents claim the lives of hundreds of Australians every year, injuring thousands, and causing billions of dollars in damages.

And yet, these numbers could be higher if it weren’t for one simple, yet incredibly effective tool that is used on some of our most dangerous roads. Among their range of benefits, safety barriers save lives.

Firstly, it’s important to acknowledge that traffic accidents happen because of a huge range of reasons. Poor weather conditions, lack of driver concentration, mechanical failures, driving under the influence, and not adhering to road rules are just some of the most common causes. Whilst safety barriers can’t stop these accidents from occurring, they most definitely do reduce the damage that occurs after the fact. How does this happen?

The primary benefit of safety barriers is to absorb the shock of the out of control vehicle. This is critical in reducing the damage to the car, and reducing the chance and severity of injury to the occupants. When the vehicle hits the barrier at a speed, whilst it originally would have continued on – at the same speed – to whatever was beyond, it will now remain where it is. And often, what is beyond is far more dangerous than the road where it stops. Steep drops are one of the key areas where barriers are installed.

As the safety barriers absorb the impact of the errant car, they can also reduce the harm they do to other road users. One of the reasons that the amount of damage and trauma on our roads is so high is due to multiple cars being involved in a single accident. If the out of control car can be stopped, then other vehicles may be kept from harm’s way. As we mentioned above, barriers are often outside edge of roads to keep cars from rolling down hills. They can also be used down the middle of highways, to stop cars from travelling onto the other side of the road at high speeds.

In capturing errant vehicles and reducing multiple-car crashes, barriers can also be used to decrease the amount of maintenance needed to repair roads. As traffic lights and street poles often take the brunt of the force, repairs are required to keep them working at optimum performance. Safety barriers, on the other hand, require minimum maintenance costs and can last up to 30 years. Following the initial outlay expense, they can reduce the amount of maintenance needed for other safety features along our roads.

In reducing the amount of car accidents, barriers actually aid traffic flow and reduce congestion. This trickle-down effect is due to the traffic jams that occur following an accident and during road maintenance – whilst it certainly can’t compare to their lifesaving capabilities, it definitely does lead to a smoother, more enjoyable commute for the majority of road users.

If you weren’t convinced before, we hope this article has given you an insight into the critical role that is performed by safety barriers around the country. From saving lives to reducing further damages to property and injury to other drivers, they are a must have for any road with sharp bends and steep drops. Next time you see a barrier alongside the road you’re travelling down, be sure to acknowledge the part they play in making our roads a safer place and ensuring our family and friends arrive at their destinations. 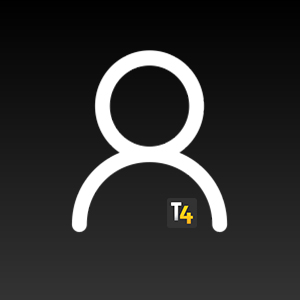