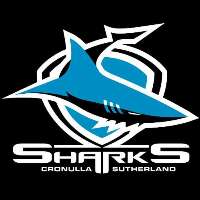 The Sharks, as they are commonly known, were admitted to the New South Wales Rugby League premiership, predecessor of the Australian Rugby League and the current National Rugby League competition, in January 1967. TDespite more than 40 years of competition and three Grand Finals, the Sharks have yet to win a premiership. They won the minor premiership in 1988 and 1999.

The Sharks - United, Fearless, Passionate, Courageous, Resilient - Born With It.