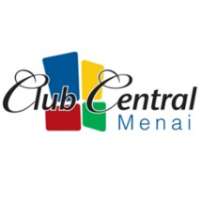 Club Central Menai can cater to your every need offering excellent food and service and the best in event services like weddings, corporate events, cultural events, Christmas celebrations and more.

Club Central Menai strive to be a leader in the hospitality industry by exceeding customer expectations in everything we do. To provide facilities, service and value that leads to a positive experience and to support the communities in which we are established.

Illawarra Catholic Club first opened its doors in 1962 on the corner of Crofts Avenue and Diments Lane with 500 members. Based on a charter of like-minded people banding together to provide an essential community facility, the club quickly grew to become a key feature within the St George area.

As membership grew, so did the needs for bigger premises. The Illawarra Catholic Club then moved to to Woodville Street in 1970. The opening was quite the event.

The club has long been an important part of the St George community. Apart from providing premier entertainment facilities, Illawarra Catholic Club has over the years provided a base for countless sporting groups from netball to indoor bowls. It also annually contributes funds to many charity and community groups who work tirelessly within the community.

In 1997 Illawarra Catholic Club opened Club Menai and once again provided the then emerging community with a much-needed focal point. In fact, only weeks after opening the Club Menai soon found itself a refuge for the many families devastated by the 1997 fires in the area. Club Menai remains very much a part of the Menai area today.

And so, in 2009, as testament to the Club’s pioneers and those who have supported the club’s growth since the 60’s, the Board, Management and everyone involved was proud to introduce the new and exciting Club Central Hurstville.

The new $44 million development is the cornerstone of the club’s move forward to provide a sound financial basis to ensure it can carry on the tradition and goals of the founding members.

Club Central Menai has undergone a $12 million refurbishment and is now a modern and stylish venue. Members of Club Central now have access to two sensational venues and can enjoy facilities second to none.

We invite you to be a part of something truly special.