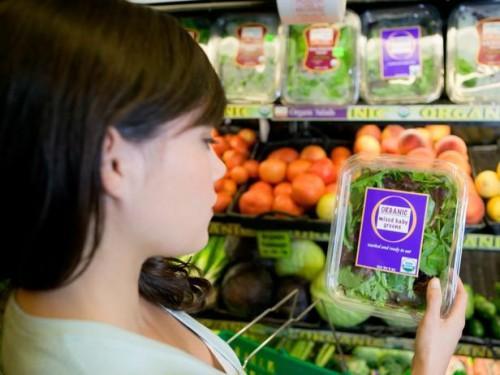 Consumers can enjoy several benefits when they choose to buy organic produce. One of the most important things to know is that, farmers practicing organic methods do not use synthetic pesticides. Choosing to eat fresh, organic produce minimises the amount of toxic ingredients entering your body.

Planting organic plants also helps battle global warming because they absorb carbon from the atmosphere instead of releasing. Organic production is based on healthy soil, which in turn reduces water runoff. It will lessen soil erosion as well. Organic farming also provides a better environment for animals. Helping organic farmers lessens the amount of pesticides in water systems that can harm the ocean.

Below are more reasons on why it is better to choose organic:
1. You must stay away from genetically modified food. This kind of food is composed of altered genetic materials. Their composition have been altered through experiments inside specialized laboratories, and studies have shown that consuming genetically modified food may trigger allergies and can be harmful to the major organs in your body.

2. Organic produce are free of toxins, especially neurotoxins that cause damage to brain and nerve cells. Neurotoxins are included in some pesticides, which farmers practising mainstream methods have been using for the last several decades.

3. Organic produce are good for growing children. Children of growing age are far more exposed to toxins than adults. If you choose organic, you protect your little ones from the harmful effects of pesticides.

4. Organic food protects the environment. Organic farming is one way to protect biodiversity and support balance in nature. Commercial farming limits the variety of food available by producing only a small quantity. Also, there are species of birds and other animals that are deeply damaged by the chemicals used and produced in harvesting commercial foods.

5. Organic farming is also called sustainable farming. When animals and human beings are not exposed to the harmful effects of pesticides, they can continue to live productively and in good health.

Many people think and argue that they resist buying organic staples because it is more expensive than commercially produced food. But organic food advocates believe that consumption of cheaper, toxin-laced food is more costly in the end since exposure to dangerous chemicals and genetically modified ingredients make you more at risk and more vulnerable to serious diseases. With fresh, healthy, organic produce, you can expect better health and a higher quality of life – while you enjoy the rich and tasty flavours of nature’s bounty.