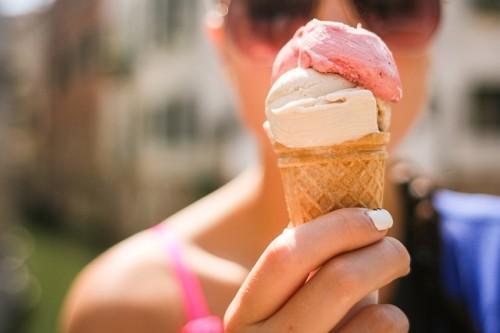 What's the Difference Between Ice Cream and Gelato

It's hard to find anyone in your immediate surroundings (and perhaps in most parts of the world) who would say that they never enjoyed a frozen dessert in their entire life. From the smallest children to the elderly who are still kids at heart, a dish of ice cream, gelato, frozen yogurt, frozen custard, sorbet, sundaes and other frozen treats is sure to bring a sweet smile to anyone's lips, and a delightfully refreshing feeling especially on a hot day.

However, among these cool delights, ice cream and gelato remain the top favourites of young and old alike. And like most people, you'll probably wonder, aren't they the same thing? What are they, really?

To help you understand all the yummy goodness in your cup, cone or dish, read on and learn about the main differences between ice cream and gelato.

Aside from the fact that gelato is different from ice cream in that the former is widely known to hail from Italy, one of the major differences between these two delectable desserts is the amount of fat that they contain. Ice cream is conventionally made with more cream than milk; gelato, on the other hand, is made with more milk. Cream has a higher fat content than milk, so it follows that ice cream has a higher fat content (generally greater than 10% fat) than gelato (which contains only about 5% to 7% fat).

Ice cream goes through an extremely fast churning process. This is meant to add volume to the ice cream and give it a light and airy texture. On the other hand, gelato is a slow food — it is churned slowly, so it is much denser than ice cream because it has less air whipped into the mix — about 30% compared to ice cream's 50%.

Temperature is the last major difference between ice cream and gelato. Ice cream is completely frozen, often served at 10 degrees Fahrenheit. Gelato, conversely, contains less fat and air, so it can be served at a warmer temperature without melting — and it is softer than frozen ice cream. Think of it this way: If ice cream were to be served in gelato's standard temperature, the ice cream would instantly turn into a soupy mess.

The general verdict is that gelato has a richer flavour than ice cream because of its lower fat and air content, and its creamy melt-in-your-mouth texture is more pleasant than ice cream's icier, more frozen mouth feel. However, millions of people across the globe do still love ice cream and its endless range of flavours.

No matter which frozen dessert you pick, there's no question that both ice cream and gelato can make any day instantly brighter and sweeter — they definitely serve happiness in a cup (or cone).