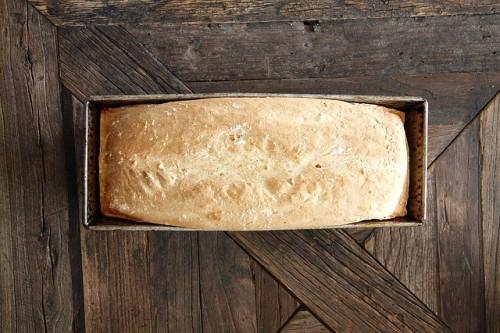 What You Need to Know About Bread Making

All bread, including white bread, contribute dietary fibre, the proportion being 8.5% for wholemeal bread, 5% for brown and mixed grain type bread and 3% for white bread.

Bread Making Mistakes
Many people put off bread making if their first attempts don’t turn out successfully. Use these points to find out your mistake so that you won’t commit the same mistake again.

2. Crust too pale
- Too much yeast: dough proved too quickly
- Too much salt
- Over-fermented dough (proved too long)
- Oven temperature too low

3. Crust too dark
- Too much sugar in recipe
- Under-fermented dough
- Oven too hot

5. Coarse, open grains inside loaf
- Dough too wet (slack), over-proved before baking, moulded too loosely
- Oven too cool (or too hot)

8. Crumb-holes inside loaf
- Too much dusting flour during moulding
- Oven too hot (or too cool)
- Under-mixed (or grossly over-mixed), under (or over-proved) dough
- Dry skin on dough surface

As a classic saying goes, try and try until you succeed. Don’t stop until you see the result you want to see.

Meanwhile, if you’re looking for the best bread, visit the best cake and pastry shops in Australia today.