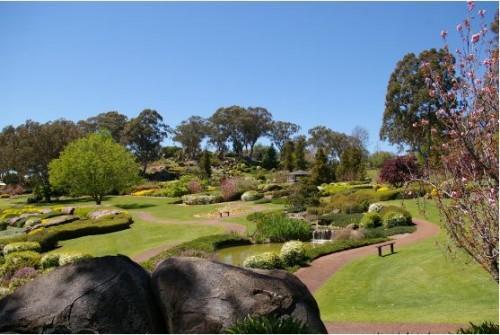 Visit These Tourist Attractions in Cowra

The name Cowra comes from the local indigenous word meaning ‘rocks’— no doubt because of the granite outcrops that overlook the town. The district chiefly produces fat lambs, cattle, wool, wheat, lucerne and asparagus, but more recently has become famous for trout, pates and terrines, watermelons and award-winning wines.

Although the Cowra region is rich in colonial history, this was eclipsed by the Japanese prisoner-of-war breakout of 1944, in which 231 prisoners lost their lives and four Australian guards were killed. Rather than creating lasting racial enmity, this event has actually made Cowra one of the most tolerant towns in New South Wales. The Japanese Garden, designed by Ken Nakajima, is based on the Imperial Gardens in Kyoto and represents the beautiful landscapes of Japan. Plan to spend half a day in this peaceful place — you can stay in the beautiful and affordable accommodation at Cowra Country Gardens Motor Inn.

The Cowra Heritage Walk takes in some excellent examples of colonial, federation and Victorian buildings, including a stone flour mill built in 1861 and the Ilfracombe House (1879). Cowra’s Museum is an interactive experience displaying over 8000 wartime, rural and rail exhibits, including one of Australia’s largest operating railways.

Cowra Estate is the local winery with the highest profile, and is located only 5 km west of the town; it also has a fine restaurant called The Quarry. Another highly recommended restaurant is Neila All Day Dining, which prides itself on using almost exclusively local produce.

Cowra is a thriving agricultural centre that owes much to the hardworking Eastern European community who arrived after World War II.