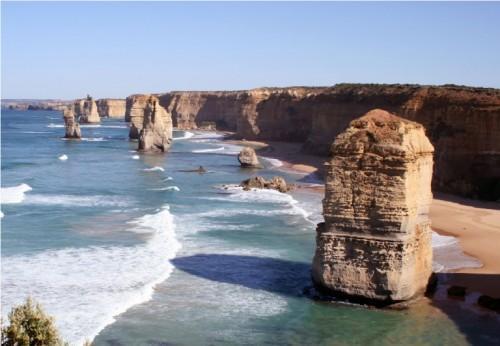 From high alps to rolling downlands, from luxuriant rainforests to desert scrub and from the spreading floodplains of the Murray River in the north to some of the country’s most dramatic coastline in the south, Victoria’s landscape is as varied as its climate.

Victorian Alps. The dominating physical feature of the state is its mountain backbone, the southernmost stretch of Australia’s Great Dividing Range. Many of the highest and most spectacular parts of the Victorian Alps are protected as national parks; they include Mount Buffalo (1,721m), whose characteristic humped-backed shape was first seen by the explorers Hume and Hovell in 1824. Beneath the summit stretches a vast upland plateau bounded by cliffs falling abruptly to the plains below. A skier’s paradise in winter, the plateau becomes an elaborate embroidery of wildflowers in spring.

Southeastern Victoria. Along the border with New South Wales, there is some of the most unspoilt scenery in the state. Inland are a number of national parks. At Errinundra National Park there is a large tract of cool temperate woodland, and there are other pockets of the rainforest at Lind and Alfred National Parks. The splendid gorges along the course of the Snowy River offer exciting whitewater canoeing; this park is also the habitat of the rare brush-tailed rock wallaby. Running from Sydenham Inlet to the NSW boundary is one of the country’s finest coastal reserves, the Croajingolong National Park, with savage cliffs and headlands protecting pristine beaches and tranquil inlets. In complete contrast are The Lakes to the west, where the seemingly infinite Ninety Mile Beach is backed by lagoons and waterways.

As well as Dandenongs, day trips from Melbourne can take in Point Nepean at the tip of the Mornington Peninsula, the Brisbane Ranges, the forests and fern gullies of Kinglake National Park to the Northeast, and the strange basalt columns of Organ Pipes National Park to the northwest. The rugged Grampians to the west are just about reachable in a day but merit a longer stay.

Victoria’s southwestern coastline. The best can be seen in two contrasting parks: between Lorne and Cape Otway the high ranges of the Otways, still covered in glorious rainforest, rise steeply from the sea; further west, the breakers are constantly resculpting the cliffs of the Port Campbell National Park, creating some of the most spectacular coastal scenery to be seen anywhere in the world. Inland, volcanic activity has given rise to fertile farmland interspersed with crater lakes and worn-down volcanic cones, as at Mount Eccles.

Far from the coast and the wooded uplands is Wyperfeld National Park, a complex system of normally dry lakes and lagoons, with mallee stretching to the horizon. 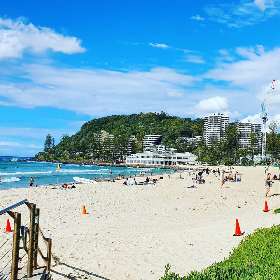 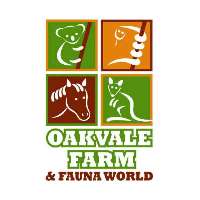 Local attraction in Sydney, Customs House is one of Sydney's historical landm... 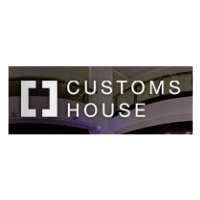 Visit The Red Stag - Deer and Emu Tourist Farm Complex and see what we have t... 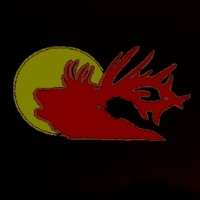