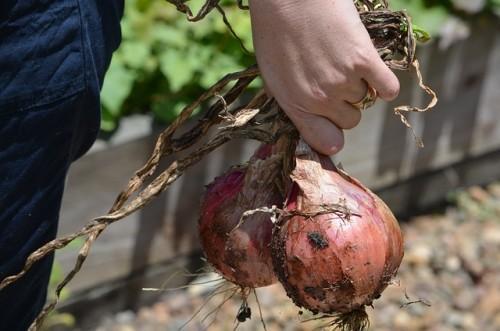 Organic farming is the process of producing food without the use of synthetic chemicals or genetically modified components. Awareness of this practice has grown in recent years as consumers have become more concerned about the amount of pesticides being used on commonly purchased vegetables, as well as the amount of pesticides that could be finding their way into the human body and causing lasting damage to the environment.

As a guide, the organisation Environmental Working Group released The Dirty Dozen, a list of 12 fruits and vegetables that have high levels of pesticide residues; their recommendation is to buy organic variants of the produce on the list as much as possible to minimise your exposure to pesticides.

In Australia, however, there would naturally be different environmental and food production factors to consider, and so the list of recommended fruits and vegetables to buy organic would be different.

The Australian Dirty Dozen list is made up of the following:

If you wish to buy safer alternatives to the produce on this list, it's best to choose from the following:

It's also worthwhile to note that there is hardly any difference between the pesticide levels of imported and locally grown produce. According to a 2005 survey conducted by the Australian Quarantine and Inspection Service, pesticide residues were only found in two of 50 samples of imported fruit and vegetables. The conclusion of the report was that imported produce had pesticide levels comparable with that of Australian produce.

Here are general rules to keep in mind when choosing vegetables to buy:

1. Tree fruits, berries and leafy greens (vegetables as well as herbs) are known to have the highest pesticide residues.

2. Fruits and vegetables that have thick skins are known to have much lower levels of pesticides.

3. For fruits, if you have to peel the skin off so that you can eat it (like bananas and avocados, and ones with thick skins like oranges and watermelons), those fruits would be safer alternatives to the items on the list.

5. Make it a habit to thoroughly wash all vegetables and fruits that you buy, regardless of whether they are organic or not.

6. As much as possible, peel off the skins before you serve and eat the vegetables.

7. If you're quite successful with growing your own food, consider sourcing your fruits and vegetables from your own garden so you will know for certain that your produce is pesticide-free.