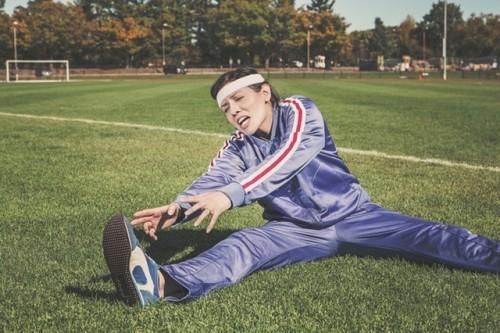 The Role of Exercise in Combating Midlife Weight Gain

Midlife might be prime time for women’s weight gain, but an exercise habit can head it off, especially if it starts sooner rather than later.

One of the main reasons for midlife weight gain is that as people get older, they become less active and begin losing muscle. This muscle loss slows down metabolism so that they burn fewer kilojoules (kj).

Why be physically active?
- Regular exercise that includes strength training to maintain muscle and metabolism from your 30s onwards will help head off weight gain at menopause.
- Regular workouts and maintaining a healthy weight might have the added benefit of reducing some menopausal symptoms.
- It’s easier to prevent the extra weight going on when you’re younger than it is to try and lose 10 kilos at 50 years old. For some women this can be hard – if hot flushes keep you awake at night, it’s difficult to motivate yourself to exercise.
- Women who are more physically active have fewer hot flushers, according to some studies. One theory is that exercise reduces stress, which is considered a trigger for hot flushes.
- Being overweight is also linked to a greater risk of hot flushes. But what role do the hormonal changes of menopause have on increased weight at midlife? The main effect is that dwindling levels of oestrogen influence where women store that extra weight.
- It can be confronting for women to find themselves at 50, overweight with high cholesterol levels. So, it makes sense to try and avoid these problems in the first place with a healthy diet, staying active and having regular health checks from 20s onwards.

Oestrogen and weight gain
When women are younger and there’s more oestrogen available, they tend to gain weight around the hips and thighs. But, when there’s less oestrogen, any extra weight is stored around the middle instead. This doesn’t happen overnight. Instead, hormone levels can start to fluctuate four or five years before a woman’s periods finally stop at menopause – typically around the age of 50.

New research also suggests that less oestrogen may also trigger changes in brain chemical, which cause women to become less active and gain weight as a result. There may also be biological reason why women shy away from exercise that has nothing to do with time constraints or “laziness.”

If you’re gaining weight, don’t assume it's menopause – be aware of your eating habits, too.

Take care of your health as early as possible with the help of health and beauty experts in Australia.