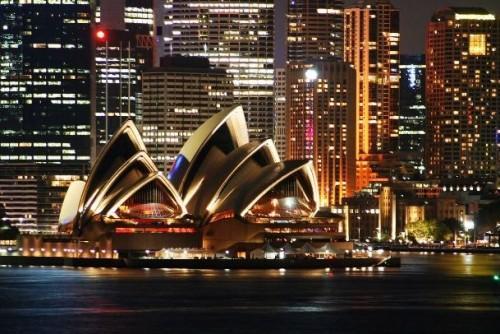 Sydneysiders’ main evening activity is probably eating and drinking which can be combined with an enormous range of entertainments, from opera to jazz, from discos to drag acts – everything you would expect to find in a city of this size with a population whose main aim in life seems to be to enjoy itself.

With several auditoriums, the Opera House is also a major venue for classical concerts, ballet and drama, Classical music can also be heard at the Conservatorium of Music. Some 20 theatres offer a choice of musicals, mainstream or fringe plays in a variety of locations, some – like the Wharf Theatre (near The Rocks) or Ensemble Theatre (on the north shore) – in an attractive waterside setting. The exciting Sydney Dance Company and the Aboriginal and Islander Dance Theatre frequent various venues.

City centre cinemas show the latest blockbusters, and there are a number of houses specialising in second runs and foreign films in Paddington (Academy Twin, AFI) as well as in the centre (Dendy, Mandolin). The State Theatre, with its extravagant decor, is the home of the city’s June Film Festival.

The Sydney jazz scene has a lot going for it, with numerous venues; the Richmond Riverboat provides daytime and evening jazz cruises. Rock is also well represented, with a mammoth concert held at the Entertainment Centre and a legion of other performers in pubs and clubs. Discos, cabarets and nightclubs abound, catering to all tastes and pockets. There are probably more gays in Sydney than in the rest of Australia put together, with the bars, clubs and pubs of Oxford Street as the main focus of the gay scene.