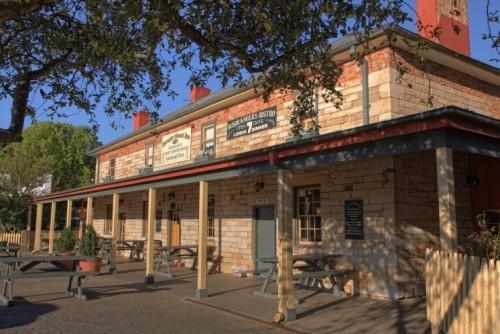 Easily accessible by rail and by the Hume Highway, this is one of the great rural playgrounds of Sydneysiders. The district was opened up early in the colony’s history, in the 1820s, and much of it has a pleasant air of maturity, with lush landscapes recalling those of Tasmania. Recreational facilities cater for every possible desire of the city weekender.

Among the towns in the area, Bowral is a leafy place with a number of fine old buildings along its main street. Berrima is even more interesting; founded in the 1830s, it still has many sandstone buildings dating from that period, though the inns have dwindled in number from the original 13. The Surveyor General Inn is one of those that claim to be the oldest licensed premises in the country. Popular Bundanoon acts as the gateway to the Morton National Park, a starting point for energetic bushwalks or casual strolls up Glow Worm Glen.

This high sandstone plateau into which rivers have cut deep gorges is one of the great attractions of the Southern Highlands. Waterfalls pour into the depths from high cliffs, as at Fitzroy Falls, where there is a visitor centre. Scenic Highways connect the area to the coast (one of them goes via Kangaroo Valley), making an interesting round trip from Sydney possible.

Aside from this you can explore other tourist attractions and destination in NSW today!