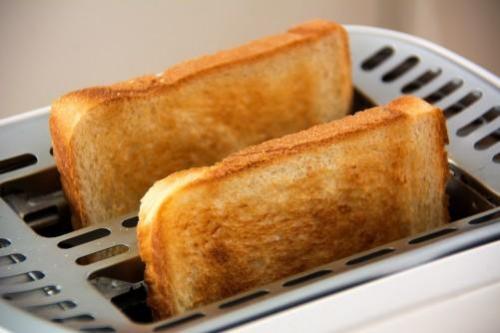 Slice Of A Healthy Life: Understand What’s In Your Daily Bread

Once upon a time buying bread was simple: white or brown? Now it’s not only the range that makes your decision more difficult, but the marketing claims that surround bread too. Is white bread with added fibre or nutrients really as good as wholegrain? And just how ‘whole’ are those grains?

The label doesn’t always tell the full story. If you’re comparing labels for fibre content for example, a white bread with extra fibre may have more fibre than a wholegrain loaf but that doesn’t make it a better choice. The fact that it’s made with finely milled white flour means it will have a higher glycaemic index (GI), so instead of being slowly digested and keeping blood-sugar levels more even - meaning you feel fuller for longer - it will be more rapidly digested, so you’re likely to soon feel hungry again.

The use of the word ‘wholegrain’ is contentious, too. It might conjure up cosy images of unrefined grains, but finely milled flour can still be labelled wholegrain providing all the grain’s components remain in the flour. In other words, the bread is ‘whole’ grain in the sense that it contains all its parts, but it’s been pulverised to a refined flour. Again, this means more rapid digestion and similar blood-sugar spikes to white bread.

The best choice is a bread that’s darker in colour, has a dense, coarse texture and preferably lots of ‘bits’ spread throughout the loaf rather than a sprinkling of seeds on top. The darker the bread, the less refined the flour and the more nutritious it’s likely to be. Dark rye is a great choice.

Sourdough, especially a darker wholegrain sourdough, is good too because the lactic acid produced from fermentation results in a lower-GI loaf. Be sure to choose a sourdough labelled ‘authentic’ or ‘traditional’ as it’s more likely to have been made with a traditional starter rather than commercial yeast.

Bread is one of the main sources of added salt in the diet, so always read the label - 400mg sodium per 100g or less is best.

What if you have family members who stubbornly refuse anything but white bread? We suggest weaning them on to darker, grainier bread by making sandwiches with one slice of white and one slice of rye or wholegrain.

If you’ve been diagnosed with coeliac disease or a sensitivity to gluten, bread made with wheat, spelt, barley or rye is off the menu. Oats are also best avoided because they contain avenin, a type of gluten that can cause problems for some coeliacs, says dietitian Natasha Murray. Look for the ‘gluten free’ tag — only truly gluten-free products may carry this label. Some such foods can be low in fibre; check for at least 4g fibre per 100g.