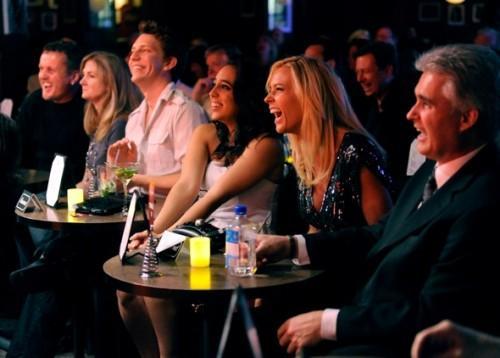 A comedy could become the seventh circle of hell (you’re the one being torn to pieces by dogs) if you inadvertently choose the wrong one.

No one likes to spend the evening as “the punchline”. No one definitely enjoys material that is hateful or lewd or bordering on the misogynistic or on the bigoted. And no one definitely wants to pay for cover only to fall asleep during some lame comic’s routine.

A comedy club should make you want to laugh so hard that you feel like you’ve just had half an hour on an exercise machine. But not all funny places can inspire and bring on such a supreme level of entertainment. So you need to choose with care.

To prevent having a hell of a bad time at a comedy club, here are some basic things you might want to follow:

Know the comics.
Here’s where you do a little bit of research — unless, of course, you already know your comics. All comics have their own unique style of funny.

Go to the right types of comedy clubs.
Some comedy clubs will feature stand up comics while others provide full on comedic presentations. If you enjoy the latter, find comedy clubs that offer elaborately bizarre sketches and brilliant improv theatre.

Pick a few places.
Comedy needs to be “fresh” in order for it to be funny. If you hear the same jokes and watch the same routines, it’s going to affect your quality of experience. Enjoy the performances as they happen instead of repeating the shows.

Don’t call attention to yourself.
Finally, if you want to watch rude comics, go right ahead. But pick the right seat in the house so you avoid being picked for a routine. Never go up to go to the loo in the middle of a performance. And turn your mobile phone off. Nothing encourages a comic to put the spotlight on you than a ringing phone in the middle of his or her performance.