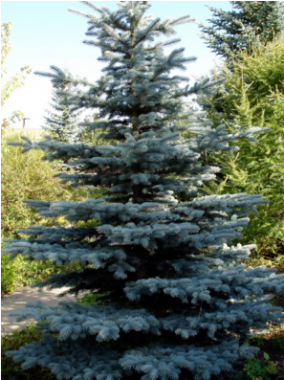 How to Grow the Norway Spruce into a Christmas Tree

The Norway spruce has a very good shape which, with care, will be kept throughout its life. Here are tips to grow it into a Christmas tree.

Potting the tree
Before potting, place a layer of broken clay pot pieces or a layer of small stones in the bottom of the pot. Trim the roots if they are too big for the pot using a pair of secateurs, but avoid cutting into larger roots unless they have been damaged. Don’t ram the soil down, but firm it with your hands to within 10cm of the top of the pot. Water until soil is drenched to settle the compost and get rid of the larger air pockets.

Stand the container outside in partial shade and out of the wind. If there’s no place sheltered from the wind, sink the whole container up to its rim in a shady garden bed.

Indoors time: three or four weeks
Stand the tree on a tray so you can water it freely without spoiling the decorations around the top of the pot. When moving it out, place it in a semi-shaded position for two weeks before putting it into full sun.

Outdoors time
It will grow about another 8-12cm in the first year. All it needs is a long-term dry fertiliser once during summer. Make sure that the roots never dry out so the tree won’t drop needles very quickly.

After three years in the same container
Gently ease it out and inspect the roots. If you see a tangled mass of roots, pot it into the next size up. Do the re-potting during autumn or early spring. Pick a spot in the garden where the tree will be a Christmas feature, complete with lights, and plan a layout (including a power supply) ready for planting the tree into the ground when it outgrows its 35cm pot in a year or two.

Putting the tree in its final position
Buy a bag of peat and some complete fertiliser. Prepare a hole that is wider and deeper than the root ball. Soak the root ball, ease it out of the container and place it in the centre of the hole. Mix the peat with about three times its own volume of soil, add a handful of fertiliser for every bucket of the mixture and fill in all around the root ball, firming it down as you go. Leave a dish-shaped depression around the tree and flood the area slowly, leaving the hose running for 10-15 minutes.

Water the tree during dry periods throughout the first and second years in its new position. If it’s an exposed spot, use three guy ropes to steady it in the wind. Pad the ropes where they pass over or under a branch to avoid any chafing. The tree may not grow much for a few years, but in time, it may reach a height of 6-7m or even more.

Grow a garden with the help of gardening experts.