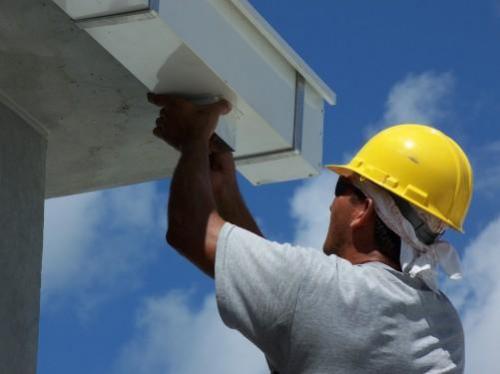 Guttering on a roof serves to collect run-off rainwater and feeds it into downpipes to be directed into the stormwater system or into absorption trenches or natural watercourses. While it’s not essential to have it, guttering alleviates the problem of staining that arises when water from roofs creates splashes on wall surfaces.

Guttering materials
Guttering is available in several materials. Common choices include Zincalume, steel coated with a zinc and aluminium alloy, galvanised steel (iron), aluminium, copper, stainless steel, and plastic. There’s no such thing as the best material — each has its own advantages and disadvantages. Ultimately, all are acceptable and the choice comes down to personal preferences.

Steel — either galvanised, Zincalume or pre-coloured — is strong and will take the weight of a ladder against it. With Zincalume, guttering has a life of around 30 years in most places. Zincalume doesn’t allow soldering, so silicone and pop riveting are used as joining methods.

Aluminium guttering is long lasting and invariably precoated. Its only drawback is that it’s softer than steel and unable to take the weight of a ladder against it without some crushing.

Copper, considered a prestige guttering material, is extremely long lasting in most localities but is very expensive. It’s soft and may also be damaged by impact or weights leant against it.

Stainless steel is the most durable material, but very expensive. It’s strong and tends to retain its bright colour. In terms of maintenance, it can be put up and forgotten.

PVC (plastic guttering) is popular for handy people, as it’s very much a ‘kit’ system, but it suffers from exposure to ultraviolet light over a period of time and becomes brittle.

Repairing gutter holes
When your gutter has holes, a number of patching methods can be used. However, these holes are normally only stop-gap measures, as they’re most commonly caused by rust. To totally remove the rust is nearly impossible — it will continue to spread.

Patches can be made of bitumen, available from a number of manufacturers. They’re often reinforced with fibreglass cloths or something similar for extra strength, but they still require a solid base to stick to. Normally, the corroded area of the gutter is wire brushed and sanded to remove as much rust as possible. The remaining rust is treated with a rust converter; the patch can then be applied.

An alternative is to use small amounts of fibreglass or epoxy resin with glass matting reinforcement. However, if the gutter gets extremely hot without shade, as is common, the patch may soon loosen.

For more tips and advice, consult the top roofing professionals in Australia today. 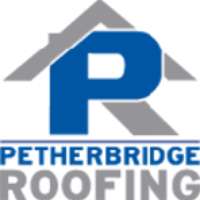