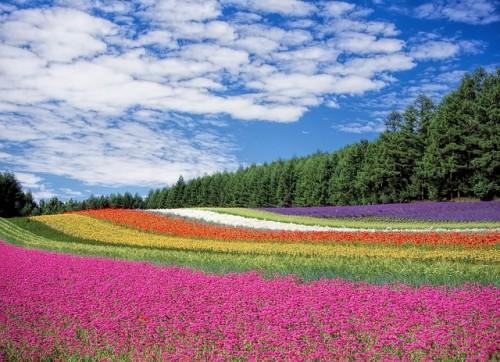 There’s a comforting rhythm to the cycle of the seasons and the timing of the corresponding chores that need to be undertaken in the garden. The reward for that year-round love and attention will be a horticultural haven.

Spring
- In the ornamental garden, plant or cut back roses, bushes and shrubs, divide and transplant existing perennials, and sow annual summer flowers such as pansies, snapdragons and sweet peas.
- In the native garden, clip winter flowering shrubs such as correa and crowea to shape. As individual flowers on grevilleas and banksias die, cut back stems about 5cm behind the spent bloom.
- Plant cold-hardy vegetables such as peas, spinach, asparagus, broccoli, cabbage, kale, broad beans and onions.
- When there’s no further danger of frost, plant carrots, beetroot, Swiss chard, cauliflower, potatoes, celery and radishes.
- Plant warm-climate fruiting plants such as mangoes, avocadoes and passionfruit as the weather starts to warm up.

Late Spring
- Plant shrubs in the ornamental garden, prune early-flowering bushes once the flowers have wilted, tie up climbing roses and move potted plants outdoors when the danger of frost is past. Plant biennials and those that flower early, as well as summer bulbs such as dahlias and gladiolus.
- Add mulch or straw around strawberry plants. Thin out excess fruit on the trees and prop up branches overloaded with fruit using boards. Water fruit trees well if necessary.
- Plant tomatoes, capsicums, chillies and other frost-tender vegetables, as well as herbs like dill, oregano and basil.
- Harvest early beets, radishes, rhubarb, lettuce, rocket and spinach, plus the first berries.

Early Summer
- Trim deciduous hedges, remove wilted flowers, deadhead perennials, plant autumn-flowering bulbs and cut back to the ground the stalks of all early-summer-flowering plants. In addition, divide iris and lily of the valley bulb once they’ve finished flowering. Wait to remove foliage of spring bulbs until it has died down.
- Support heavily laden branches on fruit trees and, after the harvest, begin the first pruning and trimming to remove dead or diseased wood. Trim berry bushes after the harvest.
- Plant pumpkin, squash, zucchini, leeks, onions, beetroot, sweetcorn and more in the vegetable garden so you’ll still have fresh vegetables in the autumn. Remove all the side-shoots from tomato plants (except for bush varieties) and stop growth once about five fruit clusters have formed.
- Harvest the first potatoes and tomatoes, in addition to lettuce and many other vegetable varieties, berries, early apples and stone fruit.

Autumn and Winter
- Now you can plant the bulb plants for next spring and remove annuals entirely once they’ve faded.
- Plant rose bushes in the flower garden, and earth up hybrids of tea roses in frost-prone areas with soil or straw to prevent them from freezing.
- In cool regions, remove dahlias, gladiolus, tuberous begonias and ranunculus from the ground after the first frost and store in a cool, dry place. Cut back herbaceous perennials.
- Prune ornamental shrubs and cover perennials in gardens and borders with compost, bark mulch or leaf litter. Prune repeat-flowering roses in July or August. Leave rose that flower only once in spring -- they should be pruned after flowering is finished.
- Plant bare-rooted roses, shrubs and fruit trees such as figs and olives in the garden when there’s no frost. Prune trees and remove dead or damaged wood on frost-free winter days.
- After harvesting the last crops, remove spent vegetables and compost. Ripen green tomatoes on a sunny windowsill. Sow green manure in empty beds to improve soil before spring.
- Plant garlic and overwintering varieties of broad beans and onions.

Seek professional help as you work in your garden throughout the year. Consider working with the gardening experts.