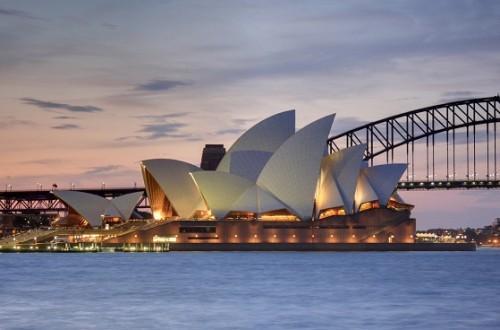 Sydney is the oldest, biggest and the most beautiful city in Australia which lies amid a seductive intermingling of land and sea. If you haven’t explored Sydney yet, then you might want to consider visiting these four popular tourist attractions.

Sydney Opera House
The Sydney Opera House is the cultural centre of Sydney and a UNESCO World Heritage Site. It opened in October 1973, was designed by Jørn Utzon and constructed under some controversy. This building, shaped like shells or billowing sails, perches on a finger of land surrounded by water. You can snap a photo while gliding by on a harbor cruise, relax at one of the restaurants, stroll around its exterior, or take an organized tour of this magnificent structure, which encompasses theatres, studios, exhibition rooms, a concert hall, and cinema. Guided tours are available 9am-5pm daily.

The Rocks
The Rocks is described as "Sydney's outdoors museum” and is nestled at the foot of the Sydney Harbour Bridge and on the western shores of Sydney Cove. It’s Sydney's oldest preserved colonial district that has evolved into a vibrant pocket of cafes and restaurants, interesting tourist shops and stalls. You can visit the Rocks Discovery Museum, wander around the narrow cobbled streets with their souvenir shops, restaurants, cafés, and aboriginal and contemporary art galleries, or shop at the market stalls. Guided tours run the gamut from aboriginal heritage walks to photographic excursions and nighttime ghost tours.

Circular Quay
Circular Quay is nowadays a home to Sydney's main ferry terminal. Thousands of commuters flock to the area at peak hours, cafés fill the area, and street performers entertain locals and visitors along the sunny walkways. This is a launching point for the popular harbour cruises, one of the best ways to appreciate Sydney's sparkling waterfront setting. Ferries also depart from here to prime spots such as Manly, Watson's Bay and Taronga Park Zoo.

Investing in travel experiences is one of the greatest investments you can make. Give yourself a break from your daily routine. Check out more tourism options in Sydney.