Australia’s third largest city stands on the banks of the winding Brisbane River just inland in Moreton Bay. For long it was regarded as a provincial backwater, a kind of agricultural town which as recently as 1961 had hundreds of miles of unmade streets. Perhaps to combat this image, Brisbane has recently embraced the idea of progress with an enthusiasm that some people find altogether regrettable. 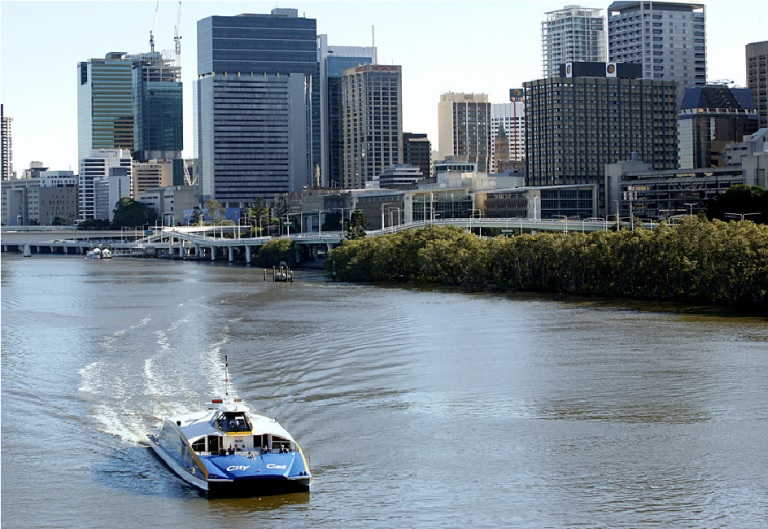 Not all traces of an older charm have been erased in a misguided pursuit of modernity, however, and enough older buildings remain to tantalize the visitor with thoughts of the stylish tropical metropolis Brisbane perhaps never was but might have become. One such example is the corner of George and Alice Streets where the Botanic Gardens help frame the white stuccoed fronts of the Queensland Club and Old Parliament House. A more positive face of modernisation than the new high-rise parliamentary annexe can be seen on the south bank of the river at South Bank Parklands. Expo 88 was held here, leaving behind a legacy of parkland and a number of cultural and recreational buildings of the very highest standard. 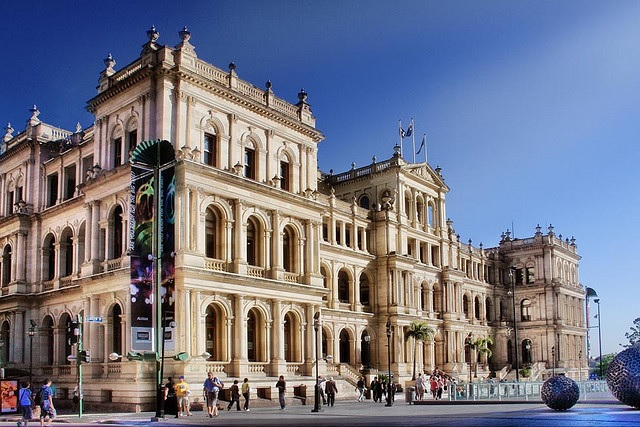 The suburb are perhaps the best places in which to savour the city’s special quality. Spread over a vast and largely hilly area, they consist almost entirely of detached houses, and in areas like Red Hill, Paddington and Bardon, the Queensland stilt house can be studied in all its variety.

Brisbane’s City centre is surprisingly small and easily explored on foot, although a nice idea is to take the replica tram which wanders round most of the sights, allowing you to jump on and off when you wish for flat fare. A boat cruise to Newstead House makes a pleasant excursion, too, while ferries link a number of destinations along the river bank.