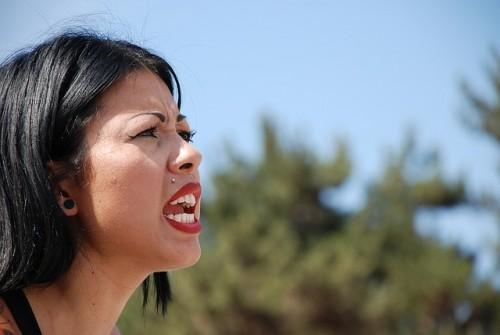 In traditional view, women aren’t supposed to get angry. It’s not seen as a very ‘feminine’ way to behave. Maybe that’s why women often cry instead of confronting the person who is bugging them, why they’re nice to people who have insulted them. Or, in some cases, why they blow their tops at the slightest provocation – because the pent-up anger just has to come out.

Whether you express your anger or suppress it, there are a number of ways to understand it and keep it at healthy levels.

Think before you act.
Feeling the emotion isn’t the same as acting on it. When you’re boiling with rage, ask yourself if it’s the time and place to express it. You may want to go to a private place to vent it, or take a long walk to think it over.

Confront the source.
There’s nothing wrong with confronting people who have made you angry. Just don’t do it at the height of your anger. When you’re already calm, explain how their words or actions made you feel. As long as you approach people with gentleness and a genuine desire to work things out, they’ll usually work with you to find a solution.

Bonus Tips: Achieving Emotional Balance
- Accept all your emotions, whether good or bad. Nobody chooses to feel a certain way. Allow yourself to experience all of your feelings – including emotions typically labelled as negative, such as hostility and anger. Accept all your emotions, but understand that you’re still responsible for your behaviour in response to them.
- Move beyond negative thoughts. Everyone is self-critical at times. Pay attention to how you criticise yourself, and expose these thoughts to a more rational evaluation. Write them down or tell them to a friend. It’s important to act in your own self-interest, not on negative self-critical thoughts.
- Make a list the activities and people that bring you joy, then of those that bring negative emotions. Look at the lists daily – and do everything you can to embrace the positive and avoid the negative.

Don’t let anger or any other negative emotions stress you out. Treat yourself once in a while at the top health & beauty hubs in Australia today.