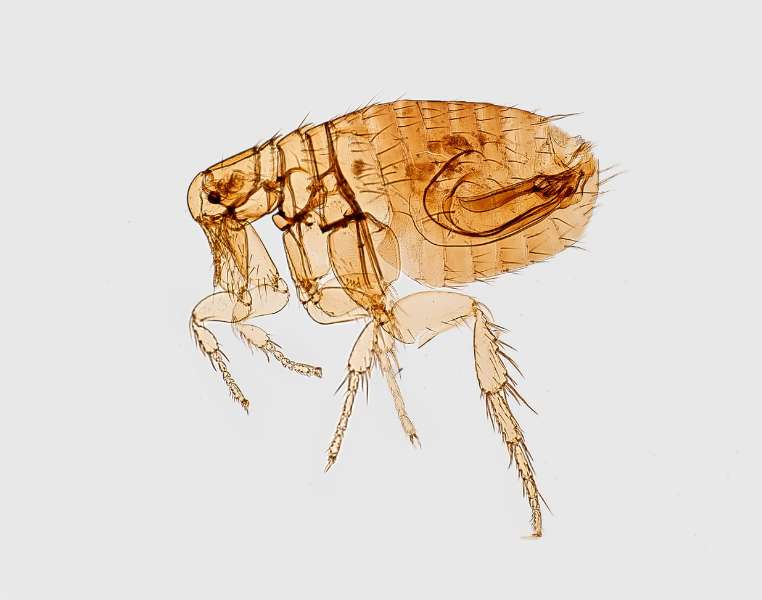 
Share   Report   Print
Fleas feature well up on most peoples list of abhorrent & repulsive insects, being much despised as a domestic nuisance & carrier of diseases. Their bites cause many hosts severe irritation. They are known to be effective transmitters and carriers of a number of diseases such as the rat borne bubonic plague Yersinia pestis, murine typhus Rickettsia typhi, as well as a number of varieties of tapeworm infections (Dipylidium caninum in dogs, and Hymenolepsis diminuta rodent tapeworms – both found in humans as well).
They are external parasites, mainly of mammals and birds. While some species have only one type of host, others can survive on a variety of carriers. Fleas are irritating, annoying & when climatic conditions are favorable can exist in huge populations.
Fleas belong to the Order Siphonaptera - A widely known group of insects of which 88 species are known in Australia.
While from an insect perspective few other species can claim such a refined adaptation to its ectoparasitic lifestyle.
Life Cycle of the Flea
• Although laid while on the host eggs usually fall off into the immediate environment. This means they can be distributed quite widely wherever the host has been. The eggs usually hatch in 2 – 14 days.
• Larvae are very small, legless, worm-like creatures with short antennae. These larvae feed on organic material such as skin scales or protein scarps in carpets or swept between floorboard cracks, They also can feed on the excreted undigested blood of adults. The larvae have a chewing mouthpart and contrary to belief does not suck blood. When fully fed (15 days – 3 months) the larvae pupate into a protective cocoon. They will emerge as a fully formed adult, although this can take a short time (7 – 14 days) they are capable of lying dormant for long periods also (1 year). The stimulus for the pupa to emerge from the cocoon is often vibrations – such as walking on a floor that has been still for some time.

• Adult fleas are quite small (1.5 – 4.0 mm), are usually brownish, flattened from side to side, having a body covered in spiky backwardly pointing spines and hairs. These help to hold the flea forward as it pushes through fur and hair. Adults are quite active, they have no compound eyes only ocelli and as a result crawl among hair or fur, although they can jump very effectively using their large hind legs, and the spiny stout front legs to hold on with. As adults, they have developed piercing and sucking mouthparts. They may remain with a host or visit briefly for a blood meal.
• The adult female usually lays 4 - 8 eggs after each blood meal. In a lifetime of 100 – 500 days, she may lay several hundred eggs. Both the male and a female flea can endure long periods without food – up to 4 months.
Fleas prefer warmer humid conditions and hence summer is a particularly busy period. As we have seen above the whole flea cycle can occur in a minimum of 18 days if conditions are ideal. However, they can slow to almost no growth if conditions become detrimental. While in both the egg and cocoon stages the wax-like coating makes them hard to penetrate with chemicals.

At ADAPTABLE Pest Control for treatment of fleas, it is important to utilize a range of treatment options in an integrated approach to control. There are non-chemical approaches using physical and cultural methods that need to be used as well as chemical alternatives.
Cultural control involves altering conditions to make the environment less attractive to the fleas both larvae and adults.  Much of which involves recommendations to customers for things that they must do to ensure successful removal by the pest controller.
They include the following things;
• Hard floor areas should be thoroughly and frequently washed, or swept,
• Carpets vacuumed or steam cleaned on a regular basis to remove skin flakes and other organic materials that the larvae feed on. Particular attention needs to be paid to less frequently disturbed areas like carpet edges and spots with furniture sitting on them. The vacuuming dust and bag should be incinerated to ensure they do not become a breeding ground of their own,
• Upholstery especially material ones should be cleaned if used by pets to sit on,
• Pet sleeping areas should have a material that can be warm soapy water washed on a regular basis,
• Subfloor areas where possible should be blocked off to pets as these areas are great breeding grounds. Often dry and warm with little disturbance and often also hard to reach to treat when infested,
• Pets should also be treated to prevent fleas using them as hosts – we prefer “Frontline” as it has provided good results,
• Rodent activity must also be excluded and if found treated separately.
With chemical treatments again there are a number of control options. They will be governed by things like the species, the size of the population, the distribution of the problem, the type of construction of buildings as well as many other factors.
The chemicals used can include organophosphates, synthetic pyrethroids, pyrethrins, dust, as well as insect growth retardants. These can be surface sprays, space sprays, and dust.
We generally use surface sprays with an added insect growth retardant. Not only does this kill the live adults but has a residual effect providing ongoing protection around skirtings and areas that provide harborages. This is complemented by the use of chemical dust applied to areas where wet sprays are problematic, including appliance motors and switch boxes where the liquid will cause shorting or fires, as well as areas like roof voids and subfloors that could be hard to access all sections of.  We also use insect growth retardant's that render insects incapable of mating or reproducing braking breeding cycles and also enhance longer-term effects.
We remind you that while in both the egg and cocoon stages the wax-like coating makes them hard to penetrate with chemicals, and this means that fleas will continue to hatch from cocoons for a few days & in 14 to 20 days a new outbreak will occur as pupated cocoons become active. The residual effect plus the insect retardant will then need to kill these before the infestation subsides.
As well the chemical on the surfaces will also discourage fleas from sitting on them and makes them appear more active as they try to use any host to leave the treated vicinity.
As fleas are sometimes a persistent problem we will work to rid you of any single infestation as part of our commitment to professional service.
Your understanding is required where if after two months or more another infestation occurs that this is a new episode and not related to the cost of the first treatment. 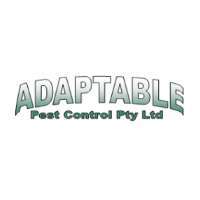